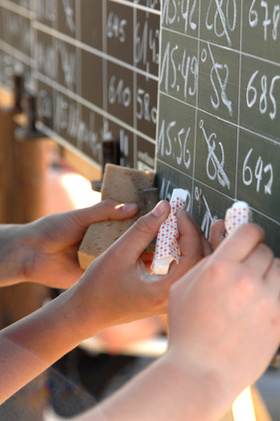 The most nerve wracking moment

Ask any business school dean to describe the most nerve wracking moment of the academic year and a candid answer might be: 'Just before I know our place in the B-School rankings'. League tables are big business for newspapers and magazines such as Business Week, The Wall Street Journal, Forbes, US News and World Report and The Financial Times - and they're about to get bigger. Publications are currently turning the spotlight on universities which run executive education courses and 'executive' and other part-time MBAs, as well as continuing their scrutiny of full time MBA programmes, with the result that a rash of new headline-grabbing surveys can be expected in the coming months. The trepidation of deans can only get worse.

Those who prepare and sanction these tables defend them as a legitimate exercise in accountability - a market response to the bewildering choice of courses and the need for unbiased information on quality and performance. Most business schools, on the other hand, take a different view. While not denying the commercial logic of attempts to create a 'buyer's guide' many privately see rankings as a curse - a time consuming and wasteful lottery administered by self-appointed regulators using questionable methods inherently disadvantageous to particular regions of the world (most notably Europe).

The question for students, recruiters and anyone else who has the interests of the business education sector at heart is: who's right? This article (based on discussions with several experts and my own analysis) turns the tables on the league tables and - with special reference to three of the most influential MBA exercises, namely those carried out by Business Week, The FT, and The Wall Street Journal - seeks to challenge the foundations of the rankings game.

The first B-School rankings published by Business Week in 1988 were greeted with surprise and even derision at the time - Kellogg (Northwestern) somewhat implausibly came out top - yet arguably they delivered a much needed jolt to the US educational establishment. The 'best' schools a decade or so ago were automatically assumed to be a coterie of traditional establishments - the Harvards, the Stanfords and the Whartons - a cosy consensus which the US magazine sought to put to the test by formally analysing customer satisfaction (students and recruiters) at a much wider range of institutions.

The justification for such surveys became more seductive as demand for the MBA qualification and for executive education courses mushroomed in the 1990s; the pool of providers increased and globalisation meant that the market for courses became much more international. According to the Association of MBAs there are currently around 1,500 'credible' business schools running MBA programmes worldwide and perhaps as many - such as the South American 'University of England and Wales' - which fall short of the standards students are entitled to expect. The need for guidance is particularly acute in the emerging Europe market - a point underlined at a recent seminar on business education organised by EBF for the Haarlem Business School in the Netherlands at which executive students consistently stressed the importance of more widespread accreditation and better quality control.